A Brief History of the Unlikely Rise of the Credit Card 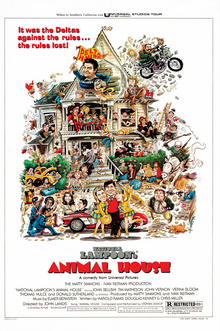 We don’t know if you’re in the habit of reading the venerable Christian Science Monitor, but they’re a reliable source of what remains real news, and many of their features and backgrounders are fascinating, as well.

Just this week, they ran an interview with Matty Simmons, the former publicist-turned-Hollywood-producer, who is pushing 90. Without dating ourselves, let’s just say we remember his name from when he launched National Lampoon, and produced Animal House, back when it was a first run movie.

For the purposes of this space, though, Simmons is remembered as “one of the pioneers of the credit card, (who) helped pave the way for the industry as we know it today.”

He did that as a publicist for the first “charge card,” namely Diners club, and yet “when Matty Simmons first heard about multipurpose credit cards in 1950, he wasn’t impressed.

At the time, Frank McNamara,  who came up with the idea, and Ralph Schneider, his business partner, were trying to persuade Simmons to join their new company, Diners Club. The concept of a credit card didn’t seem especially useful to Simmons, who was doing public relations for restaurants and nightclubs at the time.”

The reason, Simmons figured, is that he’d have a hard time not convincing customers of its potential use, but rather, finding a way “to persuade restaurants to honor it.”

As he tells it, “the original idea for the Diners Club was dining. You’d go to restaurants all over the New York area, charge them, and

get one bill once a month.” Long before anyone knew you’d be ordering items or booking travel over new versions of those giant room-sized “computers” they had in the 50’s, the original idea was to create convenient way to run up a tab in Manhattan.

“They told me about their idea, and held up a little handwritten card that said ‘The Diners Club.’”

And while it’s hard to imagine now, “we had no real competition until American Express came along [in 1958]. While I was at the Diners Club, which was until 1967, we were still the No. 1 credit card in the world… We were really more of a charge card. You had to pay your bill in 30 days. You were supposed to, anyway.”

As for Diners Club? They are now owned by Discover.

As we keep saying, genies will continue to fly out of bottles in the payments industry, and things will keep changing far more quickly than in that first decade-plus of Diners Card’s existence. Which is why AVPS is here to help you — whether it’s with new payment options, or increased security in the form of EMV upgrades, or our new “hack protection” service, SID4B.

For more information, contact your AVPS Rep. You won’t even have to take them out to dinner with your Diner’s Card first!