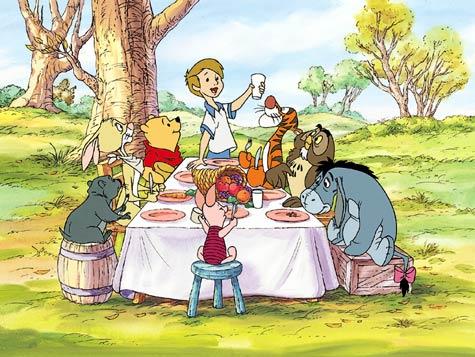 While there are always certain bedrock things to be thankful for this time of year — one’s loved ones, good health, warm food on the table — a couple of holiday-themed articles this week underscore that there may be more to give thanks for, this fall, on the economic side, too. Certainly when compared to the more recent Thanksgivings since “The Great Recession.”

NPR has a round-up of highlights — which they encourage readers to use at the dinner table to avoid more heated conversations with relatives! Among them:

Travel, for example, will be spiking, with the highest numbers of people hitting the roads, and the skies, since 2007. With gas prices falling — on averagearound 50 cents a gallon lower than at this time last year — consumers will find extra cash in their wallets, and in their card balances.

Of course, not only travel patterns, but shopping patterns, have changed since ol’ Abe Lincoln declared an official, national day of Thanksgiving to be observed in 1863 (there had been various regional observances prior to that).

The shopping side of the holiday got seriously underway some 80 years before the first “Cyber Monday,” according to the NPR summary:  “Since the first Macy’s Thanksgiving Day Parade in 1924, most Americans have regarded the following day as the ‘official’ start of the holiday shopping season.”

Though that specific “season” was given a boost with a forgotten bit of history that happened with another President, Franklin Delano Roosevelt. As the  Huffington Post recounts: “Many decades ago retailers actually managed to convince the president to change the date of the holiday in order to get people to shop more.

“In 1939, during the Great Depression, then President Franklin D. Roosevelt moved Thanksgiving Day a week earlier to give Americans an extra week to do their Christmas shopping.”

In other words, “Fearing that the shortened holiday shopping season might further crimp the economy, FDR simply moved the date.”

So the recent phenomenon of retailers actually opening on Thanksgiving itself is part of a larger trend that was simply reinforced with FDR deciding we have nothing to fear but a too-short shopping season itself — though eventually “FDR reversed his plan, admitting that his Thanksgiving experiment didn’t do much to help the retail industry.”

Still, the pairing of Thanksgiving and holiday shopping stuck, though this year, according to the National Retail Federation, there may be a little less to “fear” on that count, too — aside from the lines and parking, that is: A 4.1 increase in overall sales is expected.

And of course, no matter when Thanksgiving falls on a given year, AVPS is here to help keep you current, season in, and season out, with payment technology, and happier customers that want to use it. But here’s hoping you grab off a little of that holiday happiness for yourself, first.

See you in December.