Fed Report: Mobile Payments, Commerce on the Upswing. But… 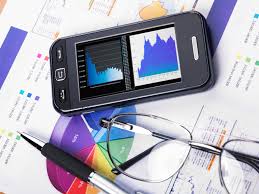 The Federal Reserve has issued the 2015 edition of its Consumers and Mobile Finances report. Among the findings, as reported by “Digital Transactions,” are that “the number of mobile-payments users in the United States is growing steadily, but most mobile-phone owners still find other payment methods more convenient.”

The rate of adoption in certain demographics is also growing, with more than a third of younger customers — in the 18 – 29 age range, saying they’ve used such payments. The next demographic after them, 30 – 44, reported nearly a doubling in such payment usage, from 16% to 31%, while the “oldest” group reported on, 45 – 59, also reported a doubling — from 8% to  16% usage.

The trendlines, then, are for such payments to become more and more common in the future, as your customers get increasingly comfortable with using such platforms.

As for what they’re using those platforms for, industry newsletter “Greensheet” says “the top two activities for mobile payments are bill payments and in-app purchases; at 24 percent POS payments ranked third. Despite its current standing, the Fed said mobile POS ‘is becoming less rare an occurrence.’”

However, Greensheet also noted that “one of the biggest drawbacks to consumer adoption of mobile banking and payments is concern about the technology’s security.”

In an overall view of “Retail’s Digitally Shifting Landscape,” Pymnts.com notes that“although mobile commerce is growing at more than twice the rate of desktop eCommerce, there is still a significant mobile monetization gap.”

Pymnts.com observes that “2014 has shown is that retailers must adapt to the mobile-first customers and those who expect more out of their digital experience.”

And in spite of the security concerns cited in the Fed report, that digital experience is likely to keep growing.  Pymnts. recommends more multi-platform and “multi” (or “omni”) channel approaches: “Research shows that more than 75 percent of adults are using desktop and mobile to search the Internet, and that gives retailers a larger chance to implement omnichannel solutions that can target the shopper who may be turning to both mobile and desktop for their shopping experience. More and more shoppers — at places like Target, for example — are actually turning toward mobile apps and mobile sites to shop while in the store.”

In short, as we’ve said before, you have to be ready to meet your customers wherever they are — whether they’re walking into your brick-and-mortar store, logging on from a desktop PC, meeting you at a mobile venue like a trade show, or ready to hit “buy” with their thumb or index fingers on a cell phone.

AVPS can help you not only prepare, but thrive, in this multi/omni channel world. Contact your AVPS Rep today