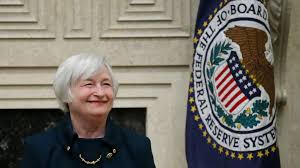 Readers will recall that a few months ago, we reported that the Fed — yes, our very own central bank — was soliciting comments from the likes of you and me on how best to improve our system of payments here in the U.S.

They wanted to hear from merchants, processors, bankers, and other, about what could be do to further bring the payment system here in the U.S. (and the way that payment system interacts with systems outside the U.S.) even further into the 21st century, in terms of speed, convenience, security, etc.

Now, according to news reports, “The US Federal Reserve Board is pushing ahead with plans to further the introduction of faster retail payments as part of a broad effort to modernize the country’s payments infrastructure.”

When comments were solicited last September, “the Fed had received more than 200 responses, with more than half coming from non-banks.

And while there is no “hard news” from the Fed at this point, in terms of specific changes,

Sandra Pianalto, president of the Federal Reserve Bank of Cleveland and chair of the Financial Services Policy Committee, has issued a recent statement saying  “We are carefully reviewing the feedback that we have received on the consultation paper to identify common themes and issues for future focus, as well as insights into potential solutions.”

Which solutions? Well, we don’t know yet, and it’s anybody’s guess how the recent “mega-hacks” making the news might further shape the Fed’s recommendations before they’re released, in terms of security.

Of course, the Fed has a lot to busy itself with. In another article about the challenges to be faced by incoming chair Janet Yellen. According to BusinessWeek, she “ has repeatedly expressed fascination with the possibility that the Fed could ‘optimally control’ the U.S. economy by raising and lowering interest rates in a more scientific manner. Under the optimal control approach, Fed economists would use a macroeconomic model to calculate the mathematically ideal path of short-term interest rates needed to hit established inflation and unemployment targets.

However: “There is a catch, and Yellen is the first to admit it. Optimal control assumes that the Fed has perfect foresight and flawless data about the economy, and also that inflationary psychology never takes hold, because businesspeople and consumers unfailingly trust the Fed to keep prices under control. That’s not realistic, of course. So Yellen in her 2012 presentation also considered a “simple rule” that prescribes an interest rate based on nothing more than available data about the divergence of inflation and economic output from their targets.”

There’s more, but the point is that the Fed will have its proverbial hands full trying to keep markets from slipping back into recession, and to keep various bubbles from popping after all the monetary easing has fueled them.

Hopefully, in the midst of this, will come concrete suggestions for making payments swifter and more sure — helping to spread some of that “eased money” into other nooks and corners of the economy.

Watch this space for further updates on how payments will be changing in the face of technological changes, threats, and government policy. In the meantime, you can always modernize and update the payment system for your business by contacting your AVPS Rep, to find out all your options in security, online, mobile and more, making things easier for both you and your customers!

As for that suggestion you made to the Fed last fall about those payments? We hope they use it!