Holiday Shopping Kicks Off to Record Sales — In China!

Black Friday may not quite be here yet, but in Canada, Thanksgiving has already come and gone, and in China — well, there they’re setting records already for online holiday shopping. 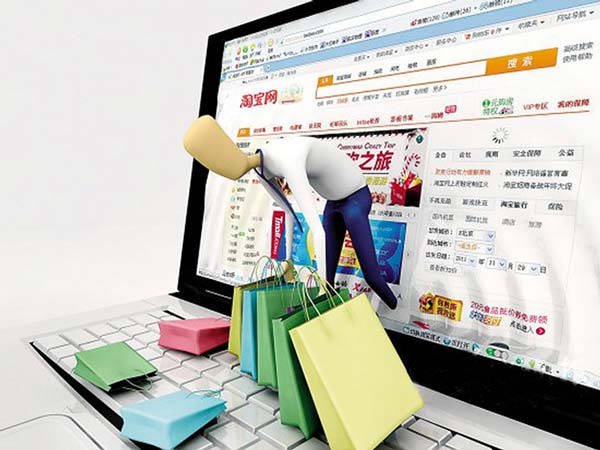 We refer to the just-concluded “Singles Day,” in China, which comes on 11/11 — the idea being that all those “ones” emphasize “single-ness.” As Bloomberg News describes it “Singles’ Day, a Chinese twist on Valentine’s Day, was invented by students in the 1990s… When written numerically, the date is reminiscent of bare branches, the Chinese expression for bachelors and spinsters.”

The day, however, appears to now dwarf our own “Cyber Monday,” ever since online retailing giant Alibaba — whose meteoric stock rise you may have been following — “began marketing Nov. 11 as its biggest sales event in 2009 (and) rivals jumped on board.”

How much did Alibaba — now partnered with the likes of Costco, Calvin Klein, Kenneth Cole, American Eagle Outfitters and many other “foreign” brands, as part of its online “Tmall” experience — rake in? Just about “36.2 billion yuan of merchandise within 14 hours of the promotion kicking off, eclipsing last year’s record.”

That’s just shy of $6 billion dollars — again, this was in a single day. The Wall Street Journal reports an even higher figure, over $9 billion dollars, when all of Alibab’s affiliated marketplaces are taken into account. And that number nearly doubles the $5.3 billion in online sales done in the U.S. last year from Thanksgiving through Cyber Monday.

The rather staggering figures highlight “the increase in the number of Chinese consumers who use smartphones and tablet computers to access online services including e-commerce,” the Journal continues. “Alibaba said 43% of all Singles’ Day transactions this year came through mobile devices, up sharply from 21% last year. “

And while the phenomenon so far is confined primarily to China, it may not stay that way for long. Just as a recent study showed that “nearly a quarter of Europeans has bought products and services online across the border in August – October 2014,” and further “cross-border shopping consumers, per individual, spend more money online than the consumer who only shops at domestic web stores,” Alibaba may have changes in mind for the Pacific Hemisphere as well.

“Building Singles’ Day into an international event could be the next test for Alibaba’s momentum,” the Bloomberg article avers. It quotes one Alibaba executive as saying “We try to create a real global consumer day. The numbers could be quite small, because we are in the beginning stage.”

But with e-tailers in India already planning for their own version of “Singles Day,” that “beginning” stage may not last long.

Regardless, whether your customers are down the block, or an ocean away, they are increasingly, hoping to buy and shop with the small computers they carry around in their pockets.

Help them find you online, in the field, or wherever you are — and they are.  Give your AVPS rep a call — whether it’s Singles Day, Black Monday, a Wednesday in April, or any other day of the year!