Be Our Guests: POS Security Tips from the Hotel Biz 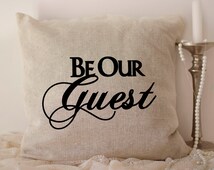 In a little bit of irony, a few days after the Hospitality Technology website ran an article called “3 Lessons on POS Security,” gleaned from the safe practices and hard won lessons of various hotels, came word that the Dallas-based Omni Hotel chain was hit by a breach that may affect upwards of 50,000 customers, at 49 of its 60 locations.

According to the Dallas Morning News, “several forms of personal payment information were taken during the malware attack, including credit and debit card numbers, cardholder names, security codes and expiration dates. Debit card PINs and customer contact information was not revealed during the breach.

“The company has not said which of its North American locations was affected. There is no evidence the breach impacted the company’s online reservation system, which means only customers  who used their cards at the register would be affected by the hack.”

Evidently, then, the folks at Omni weren’t deploying some of the very tips touted at the HT website — yet tips so good, they can apply to pretty much any retailer, including you!

For example, according to the article, one reason POS devices so easy to hack is that “many of them use the Windows XP Embedded operating system (OS), which Microsoft barely supports. Although the support of Windows Embedded POSReady 2009 has been extended till 2019, it doesn’t receive regular security updates, nor is it compatible with many modern anti-malware solutions. As long as companies have these legacy POS systems in place, they will remain wide open for attack.”

The fix, then, would be to actually upgrade any OS’s in your POS devices that haven’t been, yet. Need help in that department? Just get in touch with your AVPS Representative!

Among HT’s other tips: One of our correspondents, meanwhile, will be in the Texas area toward the end of the month. If we see any unsecure POS devices on the road, we’ll let you know.

But get everything you and your customers use upgraded and secured right now, through AVPS.