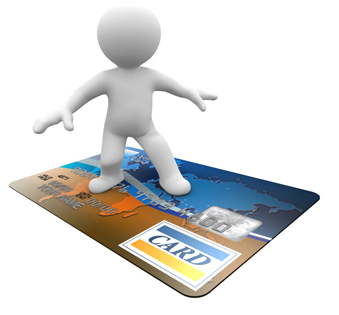 In increasing signs of a perking — or at least, stabilizing — economy, comes the news that late payments on credit cards are at a 20-year low. According to an AP article, the credit reporting bureau TransUnion is reporting “ the second-lowest recorded since the second quarter of 1994, when the rate was 0.56 percent, and it’s running ahead of the historical average of 1.03 percent. The firm’s records go back to 1992.”

“Nearly four years after the recession, the U.S. economy and job market are far from fully recovered,” the same article continues, “though they are making steady progress.”

And credit card debt itself has dropped —  an additional $2.7 billion since June, and over 16 percent smaller than the peak recorded in July 2008.

But those figures have implications about your customers’ patterns, as well. According to another analysis of the TransUnion report, “the average American consumer is still conservative when it comes to carrying revolving debt, and more cognizant of the duty to make monthly payments on time.”

In other words, your customers will still use charge cards, but are less willing to carry long-term debt on them.

This can mean they are looking more to use cards for convenience — another aspect of an increasingly cash-less society.  As a merchant, you should be willing to meet these new “card needs” at least half-way: Offering what incentives you can, in terms of rewards, mobility, etc., for your customers.

And if you sell large ticket items that may require carrying month-to-month balances, make sure you also offer reward and loyalty programs, to help your newly credit aware customers feel like they are managing expenditures, and cash flow, wisely.

So for your own “balance” and “flow,” be sure to contact your AVPS rep today!