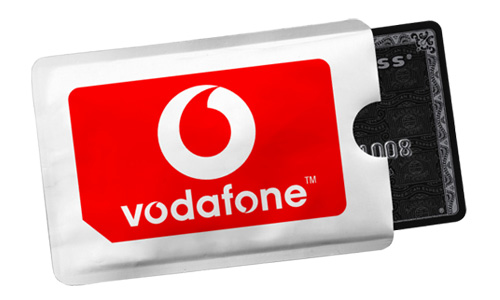 We cover the coming changes in credit use and mobile charging in this space — because that’s our business, and it’s how we help you attract more paying business, too.

As the news keeps making clear, changes are coming to what exactly it means when a customer says “charge it!” There are smart wallets, phones-as-credit cards, and more.

For the actual plastic cards themselves, changes are coming too, along with changes in “best practices” for securing those cards. We’ve written about the EMV chip that will become standard in America in a couple of years (and already is in Europe) — wherein your information is stored on a chip, instead of a magnetic stripe.

This, however, shouldn’t be confused with an RFID chip (which stands for Radio Frequency Identification). As the Lowcards website says, in a recent article, “These ‘smart cards’ are supposed to be more convenient than traditional credit cards because you do not have to swipe them to use them. All you do is brush them up next to a credit card reader, and it processes your payment request.”

Current RFID cards include Visa PayWave, MasterCard PayPass, American Express ExpressPay and Discover Zip. The problem, however, is that someone else can have a nearby “scanner” — their purse, or as an app on their smartphone – and zap up your credit card info, too.

Note, though, that while both EMVs and RFIDs use the same technology, the chip isn’t the same. As noted on the CardRatings website, “unlike other, stronger chips based on RFID technology, EMV chips in contactless credit cards work only in very short range from payment terminals.”

So the RFID chips tend to broadcast, as it were, in a wider range than their EMV counterparts. But merchants should be aware that hackers are still more interested in their information, than merely swiping from individual cardholders. As an article on CBS’ Moneywatch observes, “Hackers are much more interested in stealing data on the wholesale rather than individual level.”

The same article also lists several countermeasures already available to those using RFID cards — aside from the advice to simply wrap your card in tinfoil (which actually works, but of course is very convenient, and requires you to always “re-wrap!”)” A number of companies now sell wallets that have RFID blockers built in,” However, the article continues that “In 2011, Consumer Reports found that many of the blockers didn’t perform as well as promised and that none did as well as simply wrapping the cards in tinfoil. A slightly more attractive option: credit card sleeves made of Tyvek, a material made of high-density polyethylene fibers. They are inexpensive — 50 cents buys you added security.”

And saves you a lot in tinfoil costs! So four-bit Tyvek sleeves could become the wave of the future, just as RFID and EMV chips will. Eventually, as a merchant, you may want to offer a promotion of free Tyvek sleeves with your company’s information, URL, etc, printed on it!

As for staying safe and secure in processing transactions now, contact your AVPS rep for any updates on security you want to implement, and save that foil for wrapping up leftovers during our final summer BBQ stop on Labor Day!