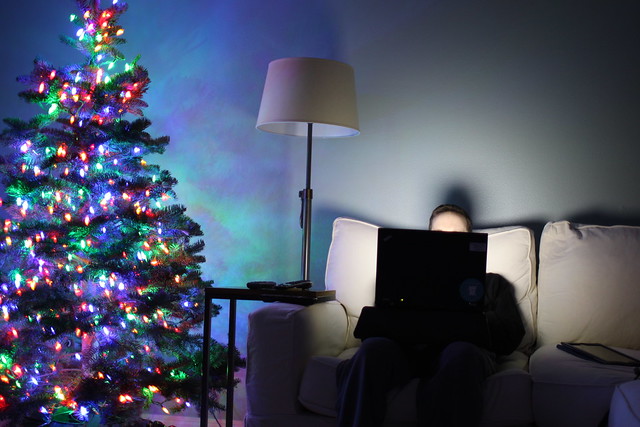 And… we’re back! Still in mid-holiday season, and yet perched between Thanksgiving and that last round of Christmas/Hanukkah/New Year celebrating.

We hope your Thanksgiving was nourishing on many levels. As for what we cover here, it seems to have been productive for businesses, too. According to CBS, “early indications are that this should be a good shopping season, with nearly 154 million people on the prowl for holiday deals during the Thanksgiving weekend, up 2 percent from last year, a National Retail Federation survey indicated. The run-up to the Black Friday shop-athon is heartening: In October, retail sales (excluding such non-gift items as food, autos, and gasoline) rose an encouraging 4 percent.”

On the other hand, for all that robust-ness, it may mean that retailers are seeing slightly fewer shoppers in person: “While Cyber Monday was created with online shopping in mind, increasingly that’s becoming the preferred way of browsing throughout the holiday season. More people shopped online between Thanksgiving Day and Sunday than in an actual store, with 43.8% using a smartphone, tablet or computer to peruse clothing, toys or other items, according to the NRF… In-store traffic meanwhile, saw a drop. ShopperTrak, a retail solutions provider, said preliminary data showed that in-store visits dropped a combined 1% on Thanksgiving Day and Black Friday, compared to last year.”

All of this could be part of larger ongoing changes. As the CBS article says, “brick-and-mortar stores have endured a rocky time since the recession, especially department stores, with competition from Amazon.com and other e-commerce platforms a big part of the reason.”

But as more customers turn to shopping online, the key is to keep protecting their data. Among the seasonal online “card safety” tips being offered for shoppers, Mashable’s list contains two of particular interest to our readers:

Note that while Mashable is writing from a “consumer” standpoint, the advice about recommended updates applies to all merchants as well, for their POS devices, in-store computer systems, etc.

We’ll have more on holiday “card safety” next week. Meanwhile, have a safe week, until then!