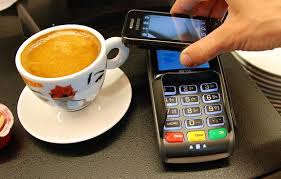 The news and changes in payments keep moving along at a clip — well, at a clip almost as fast as the digits who are changing the ways those payments are made.

On the very day of this post, Samsung has announced the purchase of LoopPay, a start-up in the world of mobile and NFC — near field communications — payments.  As the Wall Street Journal summarizes, “the deal to buy LoopPay Inc. of Burlington, Mass., represents the clearest signal that Samsung intends to compete aggressively with Apple Inc. in trying to change consumer behavior at the checkout counter.”

But rather than develop a network of new hardware, as Apple Pay requires, the kicker is this: “LoopPay says its magnetic induction technology allows a smartphone to be tapped against the magnetic-stripe reader machine that is already found in the vast majority of U.S. retail stores.”

This would appear to give Android-based Samsung systems (using the same OS as Google Wallet) a built-in advantage.

But then again, according to a concurrent article at Pymnts.com, the rollout of mobile payments has been held back, due to caution in the wake of ongoing breaches. The article quotes a payment company CEO as saying “If data breaches have taught us one thing, it’s that hackers never sleep. They are always looking for another target. As mobile payments gain in popularity, we see mobile point of sale systems becoming the new target.”

Increasingly, such attacks, according to the analysis, aren’t happening on fixed data bases — at least not in the world of payments (pilfered health information notwithstanding), but rather, “on data in motion, as it moves through the system. It doesn’t matter if you have EMV or not, or what kind of data is in the system, the hackers are getting to it as it’s moving.”

This poses a particular challenge for mobile payments — especially since they usually begin by moving through air with an NFC reader. And although Samsung will probably announce its new network along with its new smartphone — in about a week’s time — the Pymnts.com article indicates that those participating in this new platform are trying to learn from current data protection lapses, to make the architecture of the newer networks even more secure.

All of which may come down to encryption. ““Any of the data flowing through the system should be encrypted, whether or not it’s of greater or lesser value than the next,” according to one of the roundtable voices assembled by Pymnts.com. “It doesn’t matter what type of data flows through the consumer and merchant – the encryption really is what will drive the perception of consumer security. They need to understand that this data is flowing in a secure method.”

If you’d like to explore some of these new payment methods now, without waiting on Samsung or anyone else, contact your AVPS rep and ask about the “eWallet” payment options we offer.

Our eWallet offers ways to manage accounts from your phone, security for bank and credit card numbers, and ways to send or receive funds from any bank account, prepaid, debit or credit card, along with email or SMS notification of transactions.

Of course, in a time of transition, it’s good to keep offering your customers numerous payment options, particularly the ones they’re already familiar with! AVPS can help there too, of course.  And we can help you move at whatever clip is comfortable for you, your customers, and your business.