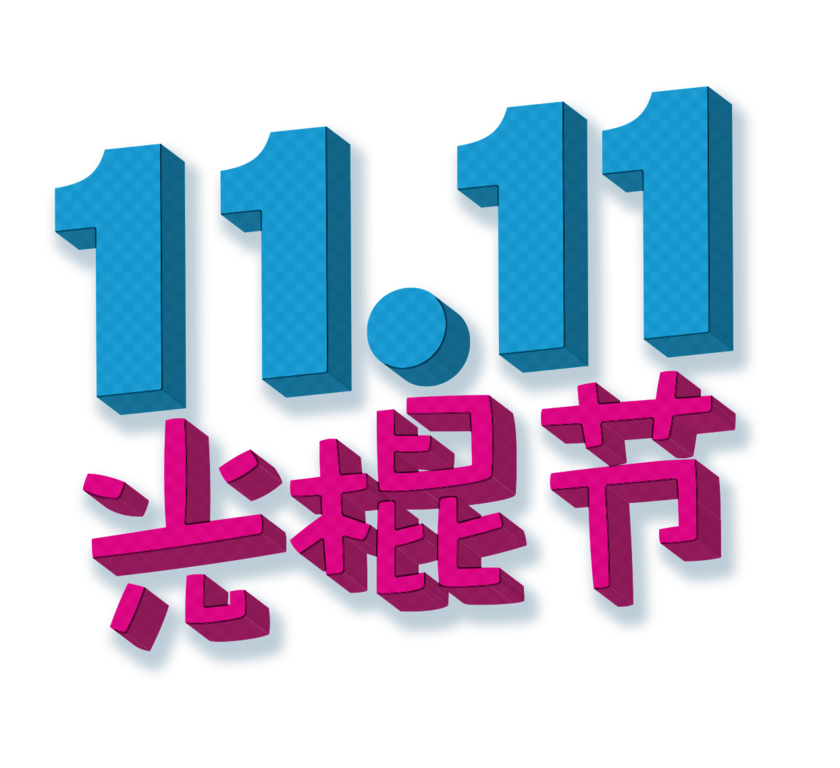 Last year, as we turned the corner on Halloween, we noted the growing popularity of “Singles Day,” that online shopping extravaganza that has become a bellwether for economic trends heading into end-of-year holidays.

By way of background, CNBC recounts that “Singles’ Day was first celebrated in the 1990s by young, single Chinese as an anti-Valentine’s Day.” (Consider the array of “ones” on 11/11, by way of symbolism). Then, in 2009, global online retailer Alibaba “began using the made-up ‘holiday’ to promote discounts at retailers on its e-commerce platforms, as a means of boosting revenue in the traditionally quiet sales period before the Lunar New Year season.

“Increasingly, international brands have jumped on Alibaba’s Singles’ Day bandwagon, with more than 14,000 taking part in the 2016 sale…Orders, meanwhile, came from 207 countries and regions.”

And while the holiday hasn’t become an “official” road marker or kick off for American retailers, Fast Company thought last year that merchants might want to be open to change, noting there’s already “some evidence to suggest that the holiday is migrating to the U.S. According to ShopRunner’s data, the volume of online orders by Chinese Americans went up by 800% in the three days leading up to November 11, especially in cities like Chicago, New York, and Atlanta…This might be a wake-up call to U.S. retailers to tap into the existing enthusiasm for the holiday by offering promotions.”

Last year there was over $14 billion dollars in revenue generated, making it the world’s largest online shopping event.

In addition to some of the environmental concerns coming from such a spike in consumption (particularly, as the Shanghai Daily reported, with the vast amount of unrecycled packing and shipping material).

This year, Forbes magazine, in encouraging U.S. merchants to embrace this day of digital symmetry,  writes that “next to Singles’ Day in China, Black Friday and Amazon Prime Day look like pathetic shadows of shopping days. In 2016, retailers on Alibaba’s eCommerce platform took in $17.8 billion in gross sales on Singles’ Day, compared with the $3.34 billion that consumers spent online during Black Friday that same month.”

As for making the shift, the article observes that online shopping is becoming more prevalent in general, and unlike the early days of Cyber Monday shoppers no longer have to “wait until they get to work on Monday morning to access high-speed internet to buy all the things they couldn’t find in store…(while) Black Friday existed because most U.S. shoppers got the Friday after Thanksgiving off and had few places to go besides stores to shop. Thanksgiving is the last holiday before Christmas, so it makes sense to immediately turn thoughts toward the end of the year and all the holiday shopping that goes with it. “But store traffic on Black Friday has been declining, and not just because stores are opening on Thanksgiving Day… People don’t have to go to stores to shop – on Thanksgiving Day or on Black Friday. Or for the whole weekend, for that matter. And all the surprise of showing up in the morning to discover the doorbusters is gone, too – you can get those from Black Friday websites that have already leaked several key deals for 2017.”

Which is true: Amazon had already announced some of its Black Friday deals fifty days early.

This becomes another reason to embrace Singles Day over the noirish Friday, since, the article argues,  “if retailers could add a few more weeks to their holiday shopping season, they could smooth some of their peaks, hire fewer people for a longer time, have some wiggle room to respond to unexpected spikes in demand or supply chain disasters, and still keep Black Friday as a lower-pressure, enjoyable shopping day – and as a result, make more of those all-important sales at a better margin to begin with.”

Meanwhile, the Retail Dive website notes that “more than 140,000 brands will participate in this year’s Singles Day event, offering promotions for more than 15 million product listings. Of that, some 60,000 international brands will be tapping into the half a billion Chinese shoppers visiting Alibaba’s platforms.

“The fact that more than two-fifths of this year’s 140,000 brands at the shopping extravaganza come from outside of China speaks to the continued international hope and bet that Chinese consumers will pick up the slack left by many brands’ own slowing domestic growth,” with the article further speculating that Alibaba will “no doubt break new sales records this year. The global marketing hype also will likely translate to record cross-border eCommerce demand… For new international brands eyeing the China market, this event will continue to mark Alibaba’s biggest pitch and showcase for them to get on board its platform and test the waters regarding Chinese consumer demand and promise.”

Last year though, we noted that whether one was speaking of Singles Day,  Black Friday or Cyber Monday, Pymnts.com had written that they were also “the biggest shopping days of the year and for cyber criminals, (and) that means open hunting season for both consumers and retailers alike. With denial of service attacks (DDoS), ransomware, account takeover and more, cybercriminals have a customized arsenal for the holidays,”

And it’s only gotten worse since then, as you well know. On which note, CNET reports that in the wake of Equifax mega-breach, “lawmakers are now trying to capitalize on consumer outrage by working to pass bills that would make Equifax and other companies like it more accountable to regular people like you and me, whose data they collect for profit. Right now your rights to learn about the theft of your data and your ability to freeze your credit report depend on the state you live in. Lawmakers aim to create federal laws that increase your rights and make them the same, no matter where you live in the US.

“But there’s a catch: Any changes will be incremental.”

While the growing book in online shopping won’t be incremental. All of which means, you’ll want your increasingly online and mobile customers to retain their confidence in your business, and your payment systems — which of course is our business here at AVPS!  Get in touch if you’re in need of any holiday brush-ups or upgrades, in terms of purchasing options, whether in-store, or online, Singles Day — or any other day of the year!