Small World, After All: The Effects of Card Use on Global Economies 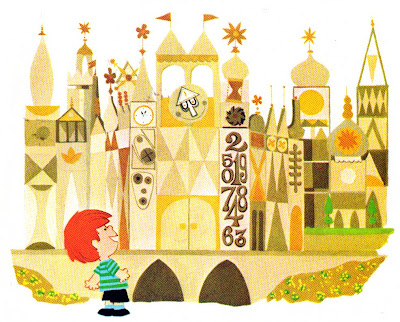 “Greater worldwide card use raises a number of questions.” We would concur, and in fact say that wanting to answer those questions for you, and your business, is what has spurred this blog (and our weekly newsletter) these past few years.

That line, however, is the first line from a report on the “Impact of Electronic Payments on Economic Growth,” done by Moody Analytics for Visa, Inc.  The question they were investigating was “ do electronic payments bring macroeconomic benefits?”

In other words, what are the real world, real economy impacts of all those credit and debit cards, virtual wallets, online payment systems, etc.? Well, “Moody’s Analytics estimated that higher card usage contributed an additional $296 billion to consumption between 2011 and 2015, or a 0.1% cumulative increase in global GDP during the sample time period. That equals about a $74 billion contribution to GDP each year.”

These impacts appear to be even more palpable in countries and economies that have been slower to develop networked banking infrastructures, or the kind of “charge it” culture more familiar in America and parts of Europe.

Irish-based Silicon Republic, for example, says that “Ireland’s move from being a cheque and cash dependent economy to an electronic one has resulted in €1.8bn being added to the nation’s GDP in just the last four years, creating an average of 3,700 jobs each year in the process.”

Can we pause to suggest Americans might want to class things up and adapt that spelling of “cheque?”

The article goes on to say that “‘Electronic payments are a major contributor to consumption, increased production, economic growth and employment creation,” as noted by Mark Zandi, one of Moody’s chief economists. “Those countries which saw large increases in card usage also saw larger contributions to overall growth in their economies,” he continued, with the study indicating that “the electronification of payments benefits governments and contributed to a more stable and open business environment.”

An article on Nigeria’s Vanguard website also quotes Visa’s CEO, Charlie Scharf, who says “the research also suggests that the right public policies can create an open, competitive payment environment and contribute to economic growth and job creation.” He went on to say that Visa was “partnering globally with governments, financial institutions, merchants and technology companies to develop innovative payment products and services that will accelerate electronic acceptance, grow commerce, and bring the benefits of card payments to more people everywhere.”

Or as the report itself concludes, “electronic payments usage also promotes consumer confidence and improves access to credit for the population. It also promotes financial inclusion for the most vulnerable by enabling those without access to the formal banking system a safe and efficient payment alternative to cash.”

And with April 1st here already — that’s no foolin’!