Summertime — And Is the (Consumer) Spendin’ More Easy? 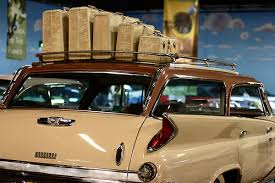 Memorial Day’s arrival — and recent departure — marks the unofficial kick off for summer, at least as far as travel plans, imminent graduations, giddy weddings, and other features of what is supposed to be more languorous calendar time.

In theory, your customers are restocking for camping, picnics, and whatever travel supplies they might be — a discernible shift in spending patterns, much as the purchase of Halloween costumes or Yule Logs would be at different times of year.

And according to an interview at the Pymnts.com website with Sarah Quinlan, a MasterCard SVP and Group Head for Market Insights, those customers are indeed in “summer mode:”

“Consumers this summer will spend experientially, continuing a trend we’ve seen this past year. This means they will be flying and staying in hotels, dining out and enjoying the entertainment in their vacation locales.”

A study cited at the TravelPulse website confirms the same thing: “People are spending more money on travel this year than in 2014, according to a study conducted twice a year by the U.S. Tour Operators Association. According to the survey, spending is up 8.3 percent, from 26 percent in 2014 to 36 percent in comparison with a similar study done six months previously.”

Such a spike might seem normal for this time of year, but according to Quinlan, the patterns do augur a slight change from more recent seasons: “Right after the recession, people cut back their spending completely and only took staycations from their homes, so this is a welcome show of consumer confidence. Consumers are planning vacations in advance and have the confidence that they will be able to pay for them later.”

Of course, that “paying later” implies an increased use of credit as well, and Huffington Post recently looked at summer travel from a different angle: Which EMV credit cards are the best ones to take on the road.

Their list included, unsurprisingly, cards from overseas banks, like Barclays, and those from Capital One, BankAmericard and Chase, and, surprisingly, one airline card as well. Most of these were mentioned because, as said about the Capital One card, they’ve “upgraded to include chip and signature technology. This makes foreign travel easier, and it will help prepare Americans for domestic purchases when the switch to EMV cards is implemented later this year.”

That will be right after summer winds down, and the leaves of autumn are swirling around us. Your customers will have grown increasingly more used to EMV cards while traveling this season, and you’ll need to be ready for the switchover by October.

In summertime, as the song goes, the livin’ is easy. Let us show you it’s just as easy to get ready for new charge card security, or becoming more mobile to meet your traveling customers at the same shows and events they’ll be attending this summer.

And once you know your business is ready, you’ll be that much more relaxed when it’s your turn to hit the beach.