The Wallets, They Are A-Changin’ 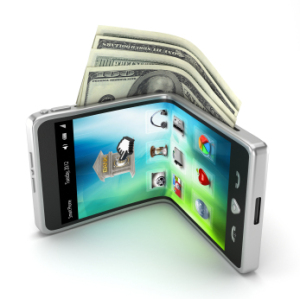 It’s the time of year where customers are encouraged to break out their wallets — in hopes that they are feeling thankful, happy, and merry enough to pass along some of that cheerfulness to their favorite retailers and vendors.

But what kind of a wallet or pocketbook will they be breaking out? Once upon a time, that might have meant a fold of tooled leather, perhaps with initials on it, somewhat bursting not only with slips of paper known as “cash” (if you remember that), but numerous square blocks of plastic known as “cards.” Some for ID, perhaps, most for being able to say “charge it” — or heck, not say anything and just swipe it — to see your purchases credited, or debited, to your various accounts.

But as a recent New York Times article states, “for years, tech companies have dreamed of a future in which people ditch their wallets and pay for things with their smartphones. And for years, that has not happened.”

According to the piece, though, it may be slowly happening after all, thanks to the introduction of Apple Pay. Basically, it works with “a wireless technology called near-field communication, or NFC. With Apple Pay, the phone unlocks automatically when you hold it near the NFC reader on the merchant’s payment system. You’re then prompted to scan your fingerprint to authorize the transaction,” as summarized in an overview of mobile payments, run by the AP on the same day the Times’ article appeared.

As for the sparks made by Apple, it’s not that their system is necessarily “better” than their competitors, which include Google Wallet, Softcard, Paypal, and others, but that the widespread “installed base” of iPhone users suddenly prompted a wider curiosity about this particular “leading edge” in payments.

“Softcard, Google and other companies that also offer mobile wallet products, say that Apple’s entrance may be good for all players that offer mobile payments,” the Times continues. Quoting a Softcard exec, they go on to say that “‘Apple Pay has been a huge tailwind,’” In part, “because of Apple, many companies now want to support the same technology for paying by phone.”

Of course, adventurous customers also require adventurous retailers, to be able to do that. And as the AP also noted, “Smaller merchants tend to be among the several millions that don’t have the required equipment yet.”

We here at AVPS emphasize that “yet.” You already know your AVPS Rep can help you with wireless card readers, “On the Spot” processing, and other facets of doing business in our flexible, networked age.

And now, through more recent partnerships, we can get you “eWallet”- ready for your customers, regardless of what kind of device they come in with! 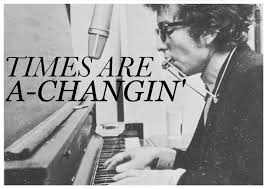 Among many other features!

So when the voice app on your customers’ phones is busy saying “charge it,”  be sure you can accommodate them!  After all, we’re not that far from another New Year. The future just keeps getting closer.