There and Back Again! Plus: Is Your Password As Strong as the Dollar? 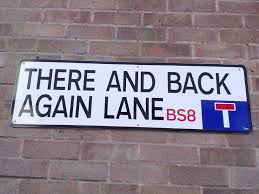 As we mentioned before, we’ve been getting some brush-ups — a lot of digital brush-ups – -done to the AVPS website.

Much as you can’t drive your car around when it’s in the shop, we haven’t been able to blog on our same schedule while our web presence is made more secure and more visually friendly to mobile devices.

All of which means, if you’re reading this, “we’ve arrived!”

But it is important to keep up with security, changing platforms, operating systems and more. We gently admonish you about these things each week, to keep your customers both satisfied and secure, and it would hardly do to ignore our own advice.

Another thing we’ve been reminding you of is the importance of strong, periodically refreshed, and secure passwords.

As an example of what can happen when you don’t take even this rudimentary security step seriously, we refer you to an article about the state of Virginia, which actually had to decertify the electronic voting machines it was using “after determining that it was possible for even unskilled people to surreptitiously hack into it and tamper with vote counts.”

The problem, according to the Ars Technica article, is that the machines — used in two other states, as well — “used the easy-to-crack passwords of ‘admin,’ ‘abcde,’  and ‘shoup’ to lock down its Windows administrator account, Wi-Fi network, and voting results database respectively.”

Unfortunately, these passwords were hard-wired into the device, and couldn’t be easily changed. But let at least two of those sink in: “admin” and “abcde.” 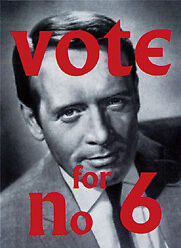 Now you know why we’re asking you to make yours a little less crackable. Perhaps the name of a character from a Thomas Pynchon novel along with the year of your cousin’s birth. Whatever works for you — and is difficult for the “them” trying to break into systems.. like yours.

Meanwhile, on the financial front, we also bring you word of a surging dollar. This has had interesting “repercussions,” despite it’s being a facet of a strengthening U.S. economy.

Among those pieces of fallout, Delta — one of the world’s largest carriers — has announced it will be trimming its foreign routes by about 3%, starting this winter “blaming the strong dollar and declining energy prices.”

Wait — energy prices!? Well, that’s because in some places people are driving more (car sales are up) and flying less.

But yes, as for those foreign routes — if you’re flying in to the U.S., it’s suddenly costing you more, since your currency doesn’t buy as much dollar.

As a Bloomberg overview states, “American factories produced more cars in March and little else as a strong dollar hampered exports.”

Because, again, American products are suddenly costing more. But, if you’re an importer, or in travel, these are good trends to work with, since foreign-made products now cost less, as do other destinations for American travelers.

And given the ongoing savings that lower fuel prices represent, many of your customers will be in more of a “spending” mood.

But given the sluggish sales of exports, this also means the Fed is likely to hold off on an interest rate increase until fall.

Which also means money remains “cheaper” to get, so real estate, home-related and moving businesses, etc., should keep going at a good clip for the near term.

Whatever the economic snapshot of the moment is, AVPS is here to work with you, whether it’s a Merchant Cash Advance for funds to expand your own business, expanding the options for customers, here and abroad, to pay you either online or in the field, or keeping your own payment networks more secure.

Give us a call. Then go make sure your passwords are something other than “abcde.”