Now that the Trick or Treat candy is all in the “half off” bins at the store, the home stretch of the year — and the holidays — begins in earnest.

As for how the season might shape up, from a sales and business perspective, Pymnts.com is reporting that “despite some of the gloomy stats” — referring to a slowdown in consumer spending coming out of the summer, and a general flatlining of wages — “commerce watchers are predicting moderately strong growth this season. The National Retail Federation is predicting retail sales to increase 3.7 percent to a total of $630.5 billion through November and December, well above the 10-year 2.5 percent average.”

The predictions are predicated, as it were, on a couple factors, one of which is that consumer spending is “actually looking fairly stable,” according to the article, “if not overwhelming.  According to the Q3 report, household purchases, which represent about 70 percent of the U.S. economy, were up 3.2 percent. Personal consumption was up 22 percent, with consumer spending over three months up 3.6 percent.”

The article adds that businesses have been drawing down growing inventories, which had contributed to a “deflation” in some pricing, and also wages — according to ADP’s figures, as opposed to the government’s — may be increasing slightly more than reckoned.

So if consumers are planning to spend a bit more this year than last, what will their shopping experiences be like, especially in the face of constantly changing and updating payment technology?

As the Chicago Tribune observes, when “the calendar flips to November and visions of Black Friday dance in their heads, holiday shoppers using new, more secure chip credit and debit cards will be learning a new checkout procedure.” 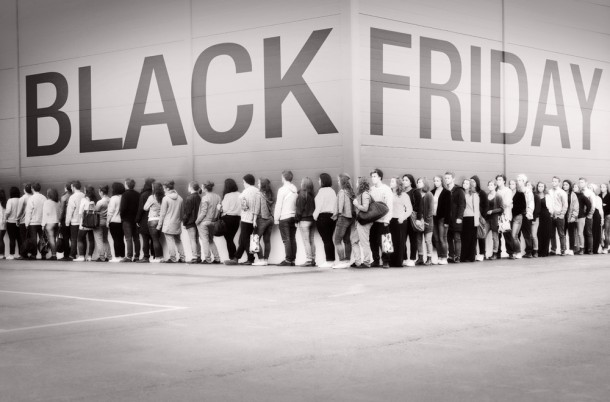 They’re referring to EMV Cards, of course (and if you haven’t upgraded your own payment processing systems yet, give AVPS a call ahead of the Black Friday rush!), and note that the newly chipped cards “could mean more frustration and slower checkout lines during the bustle of holiday shopping.”

“One Wal-Mart executive,” the article continues, “said he expects widespread checkout problems and ‘anarchy’ during the holiday season because of confusion over how to use the new cards, which must be ‘dipped’ into the machine and left there for several seconds, as opposed to a momentary swipe.”

Will the extra seconds really matter to those holiday shoppers? They could, in the midst of a retail frenzy. A PaymentsSource article covering the same terrain, quotes an analyst saying “there are certain customers for whom those extra seconds will make a difference, such as ‘rushed shoppers, hungry lunch customers and late arrivals at the movie theater.’”

But if many of those same consumers forgo Black Friday for a presumably easier online shopping experience on Cyber Monday, they may find that “the consequences of EMV adoption is a rise in online fraud, as criminals who used to rely on physical cards for theft are blocked by the new technology and move to the softer target of CNP transactions, which are not protected by EMV… Worse, as far as consumers are concerned, is what it might mean for their purchase experience. E-commerce merchants who are afraid of fraud often react by instituting stringent anti-fraud policies. They are so focused on avoiding theft that they don’t think about the losses that can result from rejected customers, lost sales and poor customer experience.”

So the time to get focused on your customers’ holiday shopping experiences is — well, okay, it was September and October! But early November can work, too — just get in touch with your AVPS rep, and let us know how we can help you upgrade, whether it’s going mobile, expanding an eCommerce presence, or going over the EMV transition for your business.

Payment times may be changing, but we’re still right here with you.