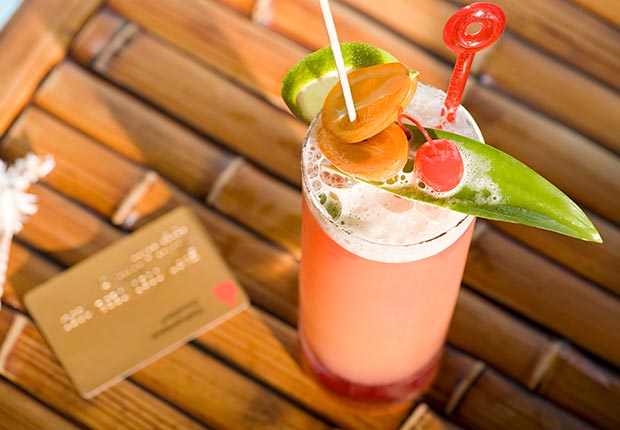 If you’re traveling abroad this summer, you might want to make sure you have at least one EMV-ready credit (or debit) card at your disposal. (The same might apply if you’re traveling a couple years into the future, after they become more widespread here in the U.S.!) A recent article from the Washington Post tells of travel woes on the Autobahn, where our correspondent was trying to pay at an automated toll booth, with his American plastic: “Three futile swipes later, I nervously switched to my debit card. Cars started to line up behind me. Nothing. I fumbled for my Navy Federal Visa card. It, too, was rejected. In the resulting confusion, with the automated toll gate calmly issuing instructions in Italian, I dropped the plastic, and it blew into a busy lane.

“Don't let this be you. The truth is, your American Visa or MasterCard works abroad, except when it doesn't. When you absolutely have to pay for something, no matter where you are, carry a little local currency.”

It’s always good to have “cash reserves,” of course, and it’s not that your Stateside cards are entirely worthless in the lands of Brahms, Bergman, or Baudelaire: “The problem is mostly chip-and-PIN technology. They use it, we don't. Chip-and-PIN, for the uninitiated, is the common name for the EMV smart card payment system used by credit, debit and ATM cards in Europe and most of the rest of the world. The systems authenticate your identity by means of a computer chip embedded in the card and a personal identification number, or PIN.

“This doesn't mean that your magnetic strip card won't work on your summer vacation. It will be accepted in big cities, with exceptions for certain transactions such as toll booths and automated ticket dispensers at train stations. ‘Once you're off the beaten path a bit, however, things may get a little tougher,’ says Matt Schulz, a senior industry analyst at CreditCards.com”

“So,” the article concludes, “do you need a chip-and-PIN card? If you're headed overseas, and particularly to Europe, you probably do.”

It then lists several options for EMV cards available now that carry reasonable (or non-existent) fees, though the article also notes that upwards of 70% or so of domestic credit cards will in fact be “chipped,” come October, 2015. What happens then? That’s the deadline set by Visa and Mastercard, where liability for fraudulent charges “flips” from them, to the chip-less issuers (or in other cases, the merchants!)

At the same time, around 41% of debit cards are estimated to be likewise EMV’d, but an interesting new study in the Credit Union Times says that “fully 17% of credit unions surveyed for a new report on the U.S. debit industry told researchers they do not plan to issue debit cards with an embedded EMV chip. This means these credit unions risk taking all the liability for card fraud from their non-EMV enabled cards after the industry goes through its planned October 2015 liability shift.”

Why would they  — along with some surveyed community banks — want to assume the risk? “The issuing gap might relate to the percentage of issuers which believe MasterCard and Visa will end up moving the date for the liability shift, pushing it back from the October 2015 deadline. According to the research, 59% of community banks believed the card brands would shift the deadline, with 39% of credit unions expecting such a shift and 20 of the largest banks looking for one.”

That still means that most credit unions are planning to issue the cards, of course, but the gamble on VISA and Mastercard yielding, substantially, from their stated deadlines, could be a costly one.

And if more “Target-level” breaches occur between then and now, the odds of such a gamble working will considerably diminish.

All of which means you should start planning now, if you haven’t already, to contact your AVPS rep and get EMV-ready. Or any other kinds of “ready” your business might need, from eCommerce to ACH to mobile processing and more.

Meanwhile, if you’re still packing for that trip — don’t forget to take a device where you can keep up with AVPS’ blogposts and news!