Valentine’s Spending on the Rise 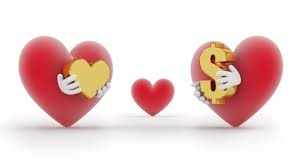 A new survey by the National Retail Federation says that American’s will spend more than $18 billion on Valentine’s Day, making it one of our “spendiest” holidays, close on the heels of Christmas and Halloween.

According to the NRF, the average outlay will be around $130 a person — a $5 uptick from last year, though the “average” for men actually clocks in at around $176, while for women it hovers around $90.

American Express has its own study, however, and they’re expecting Americans to spend even more in pursuit of cupid’s bounty: They say the average will be closer to $239 per person, though interestingly, the AmEx study proclaims that only 69 percent of consumers will be spending dough on heart’s day, down from 76 percent last year.

AmEx doesn’t say how they arrived at these figures, and whether they were working with sociologists to determine that nearly a third of Americans are either single, or in relationships so secure that no additional spending is required.

According to David Rabkin, American Express’ senior VP of US consumer lending products, “Merchants should see moderate growth in Valentine’s Day spending. More couples say they plan to spend, and spend more to make the day special. Topping the list are gifts, dinners out and going to the movies.”

So if you’re in any of those businesses — or any business “adjacent” to those — make sure you’re ready to accept any last minute payments however customers want to give them to you: whether buying online, with e-checks, or perhaps using the gift cards someone gave them last year!

Indeed, with the romance-strewn day falling so close to a three-day weekend, the court-and-spark themed spending may be stretched out over several days!

And of course, here’s wishing your own secret admirer got you something extra special this time ‘round!