Madera, m’dear? Not If You’re Not Careful About Card Fraud! 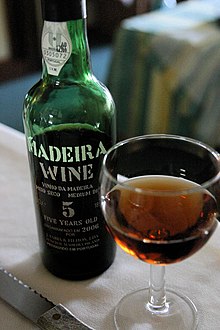 While credit card fraud thankfully remains the rule, rather than the exception, we like to post occasional news items here about card fraud schemes, for their instructive value. In other words, what they can they teach our merchants about making their own transactions safer?

The latest story comes from Madera County in Central California. And while the old song asks the question, — referring to the wine that bears the same name — “Madera, m’dear?” the answer might be “not so fast” if it involves one of these bogus cards. On its surface, it may seem like a “regular” story about card theft, with numbers hacked off the internet, and merchants left with thousands of bogus charges. But here’s the twist: “Authorities say the suspects obtain pre-paid gift credit cards and through a sophisticated process, replace the information on the card with someone else’s valid account number.”

That’s right. Hitting the news as a credit card story, it’s really a gift card story — those generally unassailable prepaid cards handed out for birthdays, graduations, and more. How is it done? Those same Madera county authorities note that “they’re stealing credit card information off the internet. Once they get these numbers to make sure they’re valid numbers, they’re calling the universal merchant number, which is what retailers do to verify a credit card.”

So access to the universal merchant number, and the release of that info, is the first “breech.” What can be done after that? “As far as merchants go, ask for identification. Take a real hard look at that credit card or gift card and if it doesn’t swipe, try not to manually put those numbers in. Ask for another form of payment.”

In other words, the lack of easy swiping can be the first clue on the merchant-customer end.  And should you find similar problems with someone using  a gift card, you can explain, now, that you’ve seen this story, and the customers should come back and use alternate payment until their gift card “swipability” is sorted out. You can further suggest that they contact the number on the backs of their gift cards, and they can always come back once any issues are cleared up.

That said, such instances remain the minority of transactions, and with summer graduation and wedding season approaching, along with another  uptick in gift-cards being sent and given, make sure your business is up to date on not only accepting them, but offering them.

If you don’t already offer them, AVPS can help — both the offering, and in keeping them secure. And then you’ll be able to sip your own Madera in the evenings, with much less on your mind.